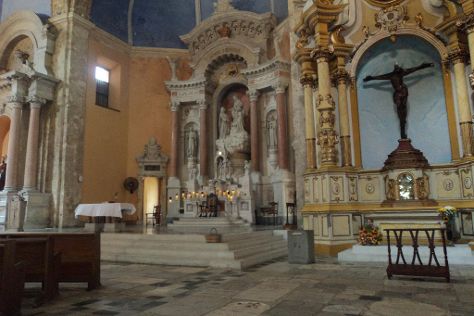 The site of the continent's first Spanish colony, Cartagena retains much of its colonial flavor thanks to a World Heritage-listed old town, encircled by old walls and protected by imposing fortresses.

Get some cultural insight at Mall Plaza El Castillo and Museo Naval Del Caribe. Appreciate the collections at ChocoMuseo and Galeon Bucanero. Change things up with these side-trips from Cartagena: Isla Baru (Playa Blanca & Aviario Nacional de Colombia). There's much more to do: make a trip to San Felipe de Barajas Castle, take in the architecture and atmosphere at Iglesia de la Trinidad, look for gifts at Cafeto Cafe y Regalos, and steep yourself in history at Walled City of Cartagena.

To see where to stay, traveler tips, and tourist information, read our Cartagena sightseeing planner.

If you are flying in from United States, the closest major airports are Rafael Nuñez International Airport and Ernesto Cortissoz International Airport. In January in Cartagena, expect temperatures between 88°F during the day and 75°F at night. Wrap up your sightseeing on the 24th (Thu) early enough to travel back home.
more less

Things to do in Cartagena